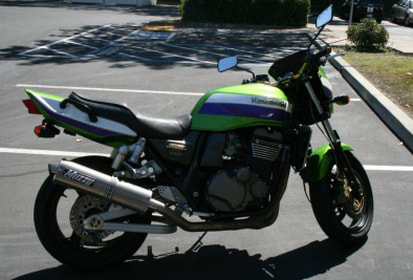 I have always admired the Eddie Lawson replica bikes Kawasaki made in the early 80's. Kawasaki's late 90's version (ZRX1100/1200) was just as impressive. In 2010, I was in search of a new daily riding motorcycle and decided to search for a slightly used ZRX.

While searching on craigslist, I found the ZRX with 23,000 miles from a private seller. The bike was located in Sonoma, California. After a short test ride and a quick cash transaction, the bike was mine. 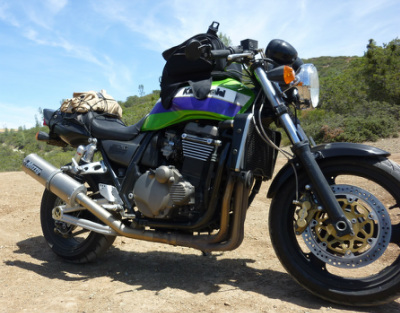 Myself, and/or previous owner completed the following aftermarket upgrades:

Exhaust: Muzzy 4 into 1 headers and muffler.

Jetting: The carburetors had been jetted and tuned to the exhaust and air filter.

Seat: At first I tried riding with the stock seat but after a few thousand miles decided it was too uncomfortable. I reshaped the OEM foam and added some closed cell foam according to an instructional website, which worked okay for the time being (better than stock).About six months later I stumbled on and purchased a used Corbin gunfighter seat. After installing, I found the Corbin seat is a well suited upgrade.

Handle bars: I purchased a set of clip-ons from a damaged bike listed on ebay. I drilled and tapped locating holes and installed them. 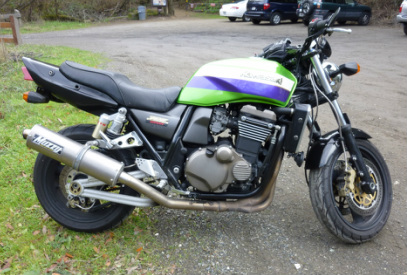 Hand grips: Oxford heated handgrips spliced into the ignition system to turn off with the bike.


Brakes/lines: EBC brake pads along with Galfer stainless steel braided lines.
Headlight: I installed a round headlight bracket from a Kawasaki Zephyr along with an aftermarket 7 inch chrome bucket and HID headlight. This replaced the original square headlight bracket-fairing assembly. 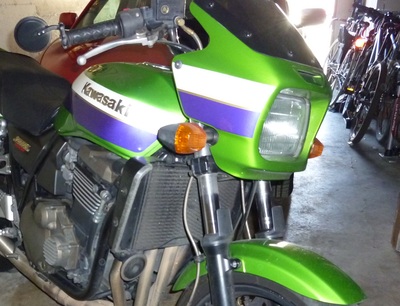 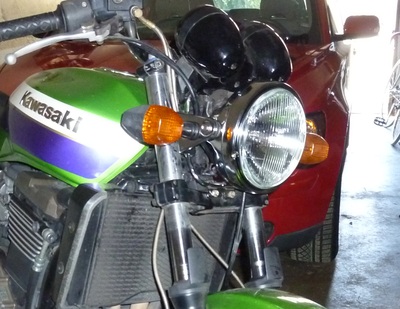 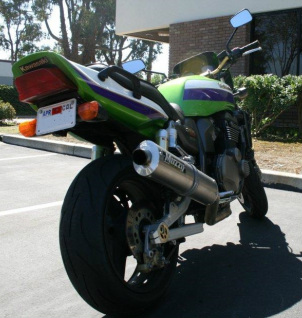 Cam chain tension adjuster: After first getting to know the used Kawasaki, the cam chain sounded loose. I researched the automatic adjuster learning how the mechanism worked. It is supposed to automatically "click" into the next tension level, tightening the chain on its own as needed. I began to get suspicious as to why it was not adjusting itself. I've discussed this issue with friends and learned that it's a common issue, and racers are known to swap out the automatic to manual style. I was debating about making the swap, then one day the rattling solved itself. The mechanical adjuster finally clicked into the next adjustment. This was around 24,000 miles and I did not have any problems with the cam chain since.

The ZRX is a fast bike, drag bike fast on the straights. Not exactly nimble in the corners and not the best in comfort for touring either. This is basically a great all around motorcycle that handles well with smooth shifting. The stock gear ratios are just right, hitting power at perfect spots in the rpm range. Brakes work decent, although I feel they could be a bit stiffer. With the bike's large stature and 150 hp power output range (with aftermarket modifications), this bike is a blast to drive.
Sale Date: December 2013