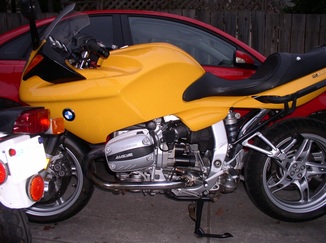 My daily driver was growing long in the tooth and I had been itching for a new ride for some time. Something reliable, comfortable for distance, sporty and low maintenance was the idea. I was in search for a sport touring motorcycle with emphasis on sport. I've been watching the BMW R1100S ads online for a few years now and prices were coming down. I knew what I wanted, it was just a matter of finding the right one.

Craigslist and ebay are my typical search sites. I try to keep an eye on the motorcycle market and what's out there with good pricing. Sometimes I include dealer ads within a hundred mile radius when searching for a targeted vehicle. I found a stock configuration R1100S at a dealer in Salinas. It had the city bags that I wanted with low miles, just 11k. Some downsides were that the bike was yellow (not my first choice) and it showed signs of being outside for some of its life. I made the deal for a good price and drove the Beemer home. 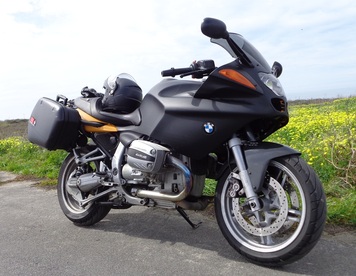 Riding this motorcycle for the first time was unlike any I have ever experienced. Vibrations around 4k rpm are similar to the vibrations of an inline four near redline. After getting used to this phenomenon the motorcycle drives well with smooth and strong acceleration. The R1100S is a heavy bike for sport, swaying from side to side on back roads emits an obvious bulkiness. For touring, the size is just right with my average stature. Gearbox shifting is positive and smooth. The R1100S cruises nicely at high speeds. The smaller city bags are an illusion for they do not hold as much as it appears they should but the bag locking mechanism works well. Front and rear shocks are just right for me but there's talk of a common swap for the rear to an Ohlins.
February 2014 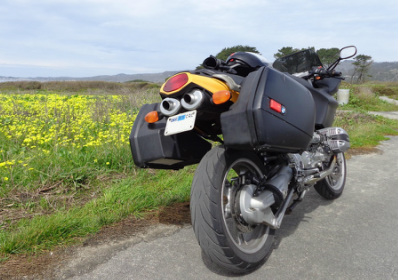 Tailpiece is no longer yellow.
The R1100S was stored under a carport for some time before my possession. The outside exposure started to show its ugly face after a few weeks of ownership. The motorcycle needed a service along with some upgrades.

Fork Seals: Both fork seals (sliders) had sprung a leak. I replaced the seals with BMW OEM seals from New Century Motorsports LLC.

Master Cylinder: The front master brake cylinder also started to leak. I replaced them with a rebuild kit from Beemerboneyard.

Paint: I found a flat black with carbon fiber accents vinyl wrap from Metro Restyling that now covers the yellow paint. The wrap can remain on the paint for up to twelve years before it is a permanent fixture.

Service: To complete the full service, I added fresh oil all around, a new fuel filter, K&N air filter along with the throttle body synchronization and valve adjustments. A & S Cycles sells the 12k mile service kit for a good price.
August 2014
September 2014
January 2015
Clutch: During my commute home from work, the clutch started to slip. I was in denial about this, and sure enough it slipped again in the passing lane. Time park the bike for a bit and tear into its internals. I knew this job was going  to be a headache, reluctantly I began the breakdown for assessment. After finally getting to the clutch assembly itself, I was pleased to find there was no oil from a bad seal nor was there any brake fluid from a bad clutch slave cylinder (seal).  Simply a bad clutch friction plate. 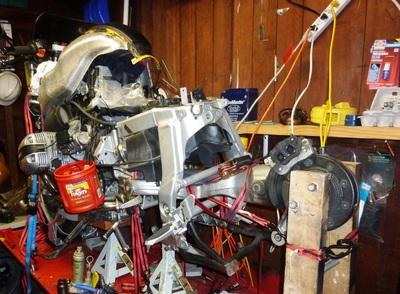 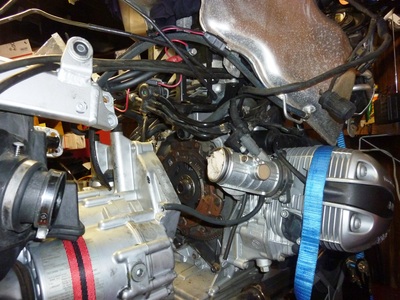 February 2015
Clutch cont.: I replaced the clutch friction plate with an oil resistant Siebenrock version from Beemerboneyard.com. I don't want to be going into the clutch assembly area again any time soon, this is why I went with the oil-resistant plate. This was the first time I've tackled a clutch replacement on an oilhead BMW. With the transmission sliding pins and the flywheel locking tool, the actual friction plate replacement was a simple job. Physically getting to the clutch, removing the rear sub-frame and wiring was a bit of a task. All said and done, the new clutch works well and I'm set for a long time. During the clutch replacement, I lubed the splines along the drive-train. 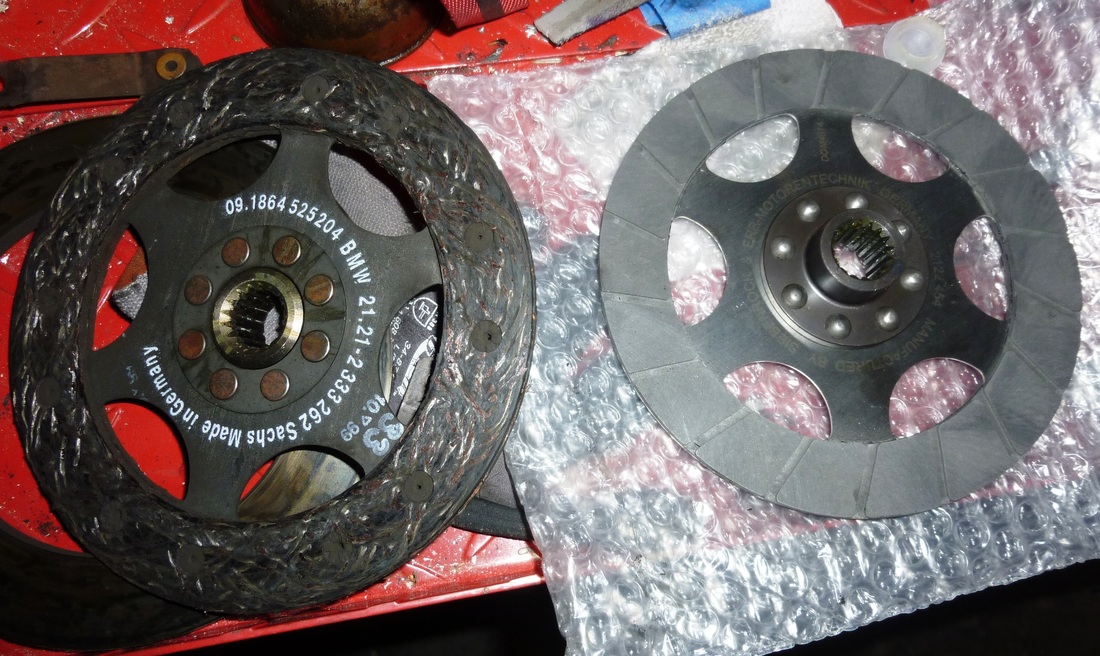 OEM clutch friction plate vs. oil resistant Siebenrock plate
June 2015
General Updates: I've completed another service, valve adjustment, plugs, etc... Along the way, I decided to go with another look - without the main fairings sort of a rat-bike style (see images below). I had to brace the headlight with brackets to stop unwanted vibration. The bike looks mean, almost ready for another set of tires.
August 2015
After about 1 1/2 years of enjoying the R1100S, it was time to let her go. The fairings have been put back on, bike re-assembled, cleaned up - and sold. The new owner is making out with a great bike. All of the maintenance has been completed and the BMW will not need any work done for a long time.
Sale Date: August 2015