Purchase Date: Fall 1998
I was 22 years old and a new California transplant from Pennsylvania. I moved to the Golden State on an older motorcycle with only a few tools and a small amount of cash. The bike I had was in need of a serious mechanical overhaul and I didn't have the facilities or money to take care of it. I needed a reliable daily driver to get me around. After bargaining with a local dealer, I made a partial trade for a Honda VFR 750F and some cash.

The 1986 Honda VFR 750F is a sport touring motorcycle with a 748 cc liquid cooled V4 engine. The VFR has 106 hp @ 10,500 rpm. A six speed transmission delivers torque to the rear axle through a chain final drive. The Honda has dual disc brakes up front with a single disc on the rear. Weight is average for its class at 507.1 lbs wet with a large 5.28 gallon fuel tank.

By the time the VFR was in my possession, the motorcycle was cosmetically challenged. Luckily for me, I could see its potential. Most of the fairings were long gone, and the bike had some black panels with others having white with the red and blue stripes. I sprayed the entire motorcycle flat black, keeping the paint consistent.

A previous owner replaced the headlight and possibly the entire front end from a Yamaha FZR. They also modified the airbox, basically removed the top cover for more air.

Fresh fluids, brakes and a new battery was all the Honda ever needed as far as basic maintenance and upkeep. I did have to use some bailing wire on the headlight assembly to help it stay in place. The main wiring harness also needed some attention at one point securing some loose wires, but this wasn't a big problem.

The V4 engine was strong, brakes worked well. Handling and driving posture was excellent with the perfect amount of lean for my stature. I often found myself scraping the ground with the low hanging stock exhaust mufflers.

A previous owner was hard on the VFRs gearbox. This left me with gears popping out of place during quick shifts. Again, I didn't have the time, tools, or space to work on the transmission so the bike literally took a beating and kept on going.

I sold the VFR to a good friend of mine who also drove the "Viffer" hard. The VFR was one of the best motorcycles I've logged time onto. 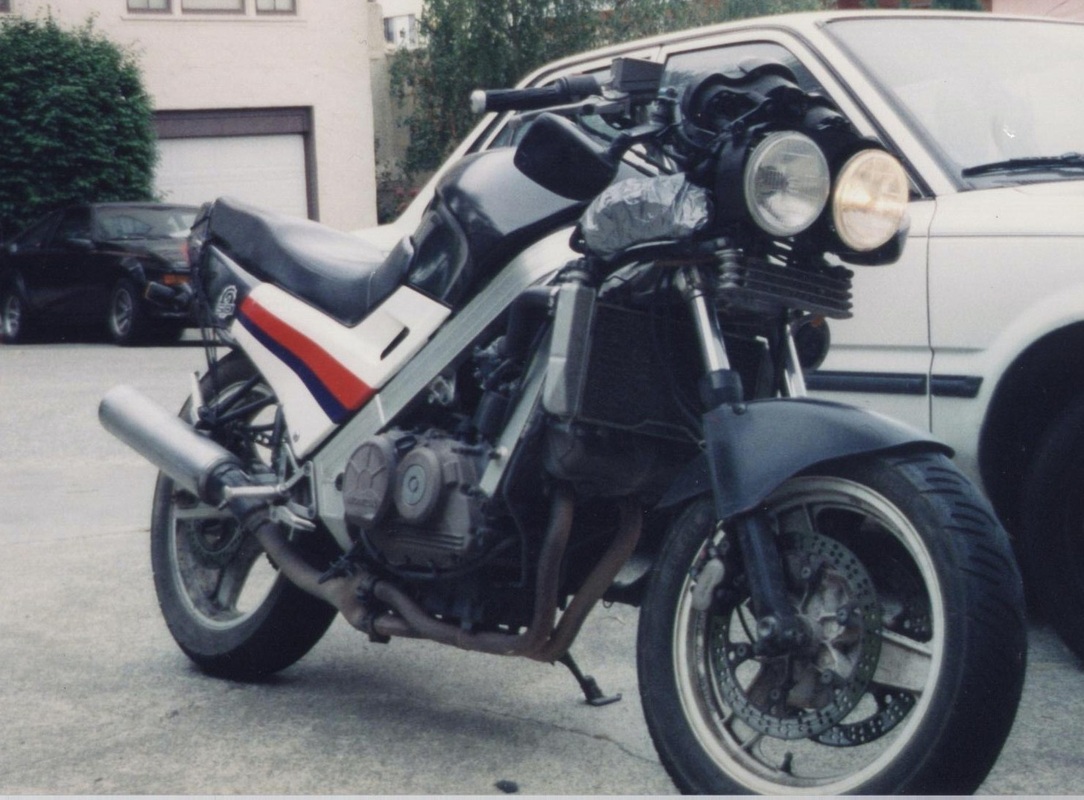