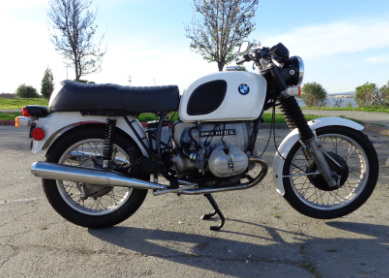 BMW motorcycles have been around for almost a century. I've always had a personal taste for the 70's style of opposing twin cylinder BMW's. I decided that I wanted the experience of owning and working on an airhead BMW of my own. My search for a running, needs-work airhead had begun.

The "vintage" BMW's are out there for sale, although most are out of my price range. One lucky day the R60 appeared in a craigslist ad with the right price. After a quick test drive to make sure nothing major was wrong, the BMW came home with me. 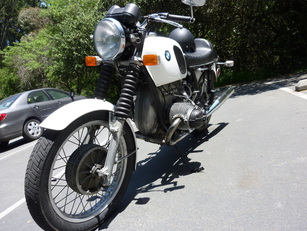 This was my first airhead BMW. I purchased the repair manual and began to study the inner mechanics.  After getting the motorcycle on the road, I made some updates to bring the small BMW up to speed.

Gearbox:  The gearbox can be clunky, fifth gear is too tall for modern highway use. I purchased a shorter ratio gearbox from ebay that would help, although it has not been installed. I believe this will be sitting around in the garage for a while.

Pistons: I cleaned the pistons from carbon build up and replaced the rings.
Cylinder Heads (Jugs): I sent the cylinder heads to Kibblewhite Precision Machining where they reseated the valves and lifters with new BMW springs. I re-assembled the heads and rocker arms onto the motorcycle.

Rocker Arms: Kibblewhite also reground the rounded rocker arms mating surface flat. One of the rocker arms was missing some needle bearings, I pressed in a new set purchased from eBay. 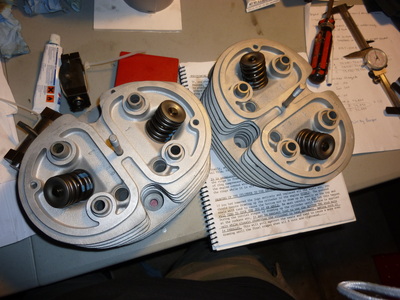 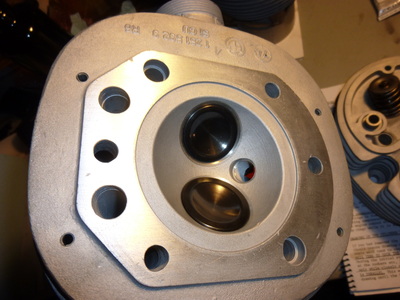 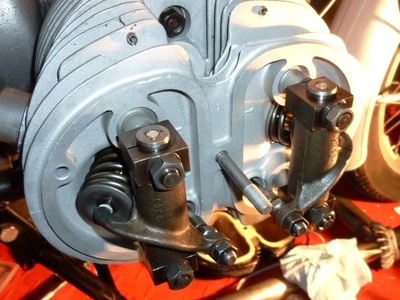 Pushrod Seals: While having the jugs off, I replaced the pushrod seals.

Shocks: The shocks were not original and replaced at some time of its life. I don't know the type or brand of replacement shocks.

Bodywork: No battery side covers came with the R60 and I opted to leave it as is. Bodywork paint is not original, although it is not obvious without close inspection.

Gas Tank: The gas tank had signs of being Kreemed from some mild rust buildup.

Misc: Replaced the tachometer cable, flushed fluids and filters with the R60 all cleaned up.
March 2013
Seat: Purchased the two up locally on ebay. This worked out well for cruising around the neighborhood with Hillary.
The R60 turned out being a great motorcycle in my collection. The bike is extremely reliable and a lot of fun to ride. I hope to find myself another airhead in the garage at a later date.
Sale Date: March 2014